How can we help you?

In the unfortunate circumstances that a planning application is refused, we can complete planning appeals where we endeavour to overturn a decision made by the local authority.

We will complete preparation of planning appeal documentation under written representations or represent the appellant in person at a planning hearing if required by the Planning Inspectorate or is the more favourable route.

Some of our successful previous appeal decisions are outlined below:

Planning consent was refused for the construction of a hotel, community facilities and 7 new houses at Woodside Golf Club in Cranage. The proposal had substantial local support and we were instructed to take the decision to appeal. Due to the size of the scheme, the appeal was conducted through the hearing process where the inspector found that the proposals as a whole would be sustainable in economic, environmental and social terms consistent with the Council’s local plan.

Shortly after the new NPPF was introduced, we were appointed to obtain planning permission for a new infill house in Acton Bridge. The local authority resisted our proposals and we were instructed to take the decision to appeal. The planning Inspectorate agreed with our case that the proposal constituted an infill dwelling in a village in green belt in line with the principles of the new NPPF and planning permission was allowed.

Jay Ashall Partnership were appointed to submit a planning application for two new dwellings within the open countryside which was refused by the local authority. We took the decision to planning appeal through the written representations procedure. The case put forward was that the appeal site could be considered as a small gap in an otherwise built up frontage to fulfil the requirements of an infill dwelling. The Inspector agreed that the due to the large plots in the local area, the proposal constituted limited infilling within a built up frontage and allowed the appeal.

The proposal was for an infill plot in Cranage, Cheshire. Our proposal for a new 4-bedroom property was disputed by the local authority as they deemed it to be outside of the village of Cranage. Our appeal statement of case demonstrated that Cranage was a sprawling settlement and that the site was therefore located within the village. The Inspector viewed the site to be locationally sustainable and overturned the local authority’s decision. The planning department had been very slow at responding during the planning process and determining the application and our appeal was submitted for non-determination of the application.

We applied for outline planning permission for the construction of 14 dwellings on an open countryside site to the North East of Haslington in Cheshire East. The planning department refused the application as contrary to the local plan. We were appointed to appeal the decision. The Inspector found on balance that the proposals were a sustainable form of development owing to the Council’s lack of a five year housing land supply and thus out-of-date local planning policies and allowed the appeal.

We submitted planning appeals against the refusal of the planning permission and listed building consent for the conversion of a former mill and construction of 17 new houses. The site comprised the remaining part of a listed mill building on the edge of Mansfield which was in desperate need of remedial works. The appeal was based on challenging the local authority’s position and planning balance that the public benefit of securing the listed building and its future through enabling development on the site did outweigh the conflict of the proposals with other planning policy. Jay Ashall Partnership prepared the initial appeal submission and attended the appeal hearing to put forward the importance of retaining the heritage asset on site through restoring the remaining parts of the structure and constructing a replacement mill building along with the construction of new housing blocks on the site to act as enabling works for the works required to the listed building to ensure a viable development. The appeal was allowed.

We appealed the failure of the local authority to determine the application for a roof top extension of five new houses on the edge of Clisshold Park, Hackney London. The Inspector had reservations in relation to the design of the apartments and dismissed the appeal. However, they did accept the development was acceptable in principal and following the appeal, we submitted a modified scheme taking into account the planning appeal decision and obtained planning consent for the scheme.

Planning permission was refused for the demolition of an existing stable building and construction of a new dwelling in the greenbelt in Daresbury.The local authority determined that it was an inappropriate form of development in green belt. We had been involved in extensive pre-application discussions with the local authority previously and the decision was taken to appeal.The inspector found that the site was clearly brownfield in status and that the proposal for the site’s redevelopment was therefore an acceptable form of development in green belt and the appeal was allowed.

We obtained planning consent at appeal for the conversion of an agricultural building to residential use. The existing building is of a steel frame construction comprising of part blockwork, metal sheeting and timber clad walls.

The proposal was to convert the existing building into a residential dwelling within the existing external mass of the building with all structural elements retained. The Planning Inspectorate found that the structural works required to the building did not go beyond works permitted under Class Q of the GDPO 2015 which was the reason for allowing the appeal.

We completed a number of planning appeals on a piece of land to the south of Holmes Chapel. The first of which was an application for 18 no. two and three-bedroom affordable houses. The local planning authority refused the application on the grounds that it was sited outside the village boundary line. Although there was a previous unsuccessful appeal on the site, the Inspector found in favour of the development as although outside the village settlement boundary, the site was sustainable in terms of its location and there was a recognised need for affordable housing in the area.

Once construction on the above development was in progress, we were appointed to obtain planning permission for two detached market houses on an infill plot created at the front of the site. The local planning authority refused to determine the application as contrary to their open countryside policies. We appealed for non-determination of the application and the Inspector found in our favour as the local authority could not demonstrate a robust five year housing land supply.

At the same time, we were also appointed to look at a further section of the land to the rear of the site and obtain planning permission for 10 dwellings. Again, the local authority planning department failed to determine the application within the prescribed period and we were instructed to appeal the application for non-determination. The inspector found ‘that the limited harm likely to be caused by the proposal would be outweighed by the development’s benefits, particularly in terms of the provision of affordable housing to meet local needs’ and concluded ‘that the scheme therefore represents sustainable development’.

The proposal for the construction of one new dwelling on a green belt site in Adlington was refused by Cheshire East council as an inappropriate form of development. We appealed the decision on the grounds that the proposal formed an infill plot and was compliant with the NPPF. The Inspector found that the proposals would not have a detrimental impact on the openness of the green belt and allowed the appeal.

We submitted a planning application for two new houses in open countryside to the north east of the village Holmes Chapel. The local authority failed to make a decision on the application within the prescribed period and we were appointed to take the planning application to appeal. At the time of the appeal, the local authority could not demonstrate a deliverable five year housing land supply and although our site was outside of the development boundary, the Inspector considered it to be a sustainable form of development.

A planning application for one new house in the open countryside was refused by Cheshire East Council. Our proposal was for a 4-bedroom, traditional Cheshire cottage in keeping with the surrounding area. The appeal was by hearing, at which we represented our client along with our design team. The main issues were the principle of development, the access and the trees around the perimeter of the site. At the appeal site visit, a solution to the access was agreed between our highways consultant and the council’s highways officer. The Inspector allowed the appeal. The house is now under construction.

Our client approached us as they had constructed a new access drive to their property having gained permission from the local authority highways department. The Local Authority planning department were of the view that the proposal was contrary to planning policy and served enforcement notice on our client.

We were appointed to appeal the enforcement notice. The inspector found that, although the proposal was outside the curtilage of the dwelling house, the proposal had limited visual impact and overturned the decision of the council.

We appealed the refusal of our planning application to demolish an existing stable and construct a detached bungalow. The planning inspector upheld the decision of the local authority due to the size of the proposal. However, he agreed with our case that the stable was a brownfield site and suitable for redevelopment. Following the appeal, we submitted a revised scheme reducing the height of the bungalow which was received favourably by the local authority. Our client is now progressing with the building works on site. 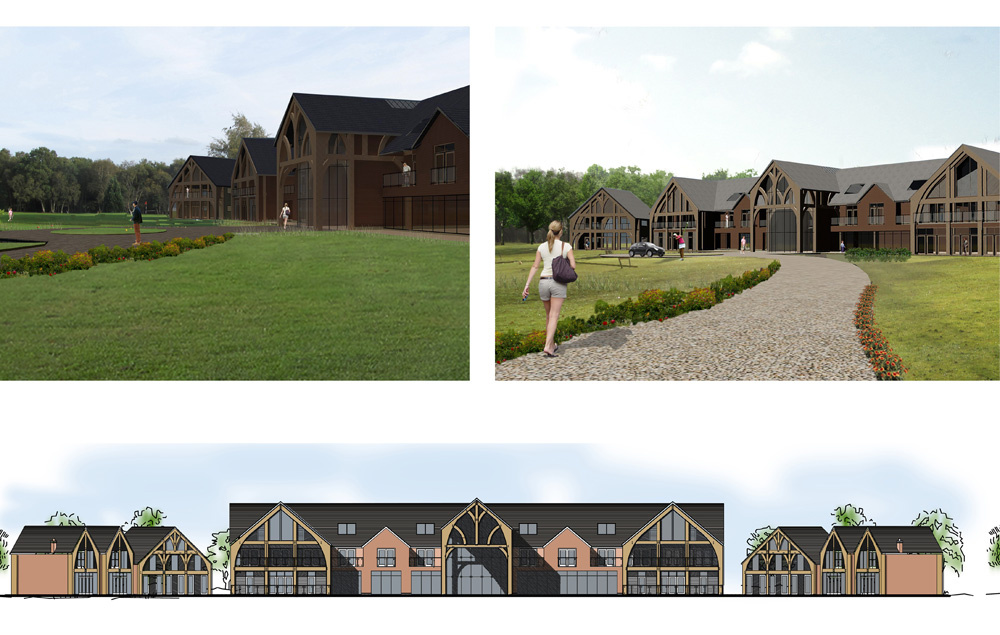 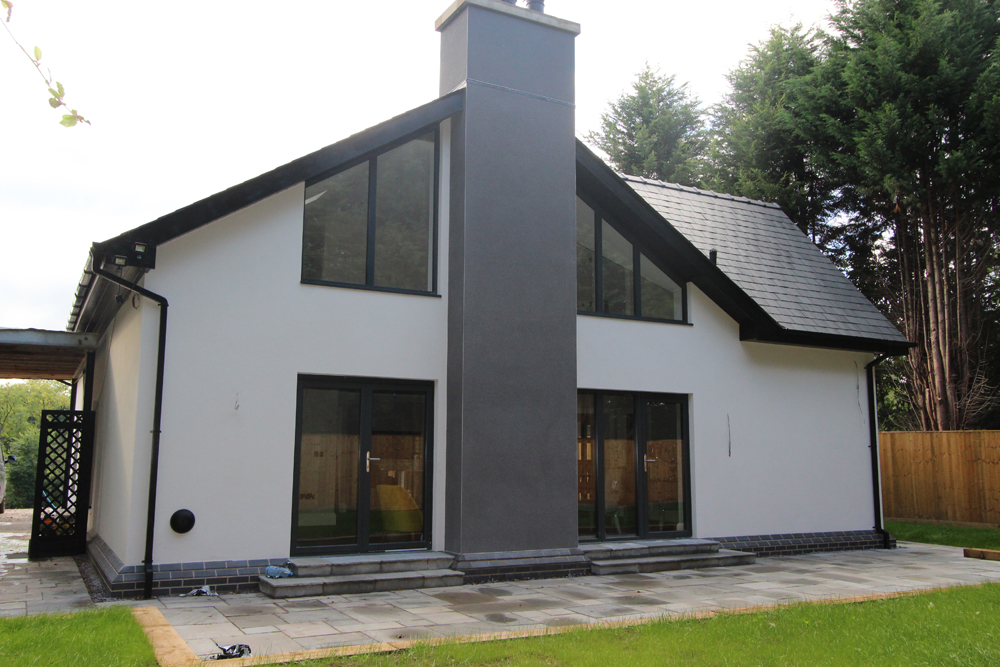